Families in some of the poorest parts of the world turned to buying bottled water as the pandemic sent countries into lockdown, with larger chunks of incomes being spent on drinking water, SciDev.Net analysis shows.

Lack of access to safe water or adequate infrastructure, coupled with health concerns, drove up sales of bottled water worldwide. However, nations with service-focused economies saw drops in plastic bottle sales, as tourists and office workers were forced to stay home.

Bottled water production grew by 25.6 per cent from 2019 to 2020 in Cameroon, and jumped another 24 per cent between 2020 and 2021, according to data supplied by market research organisation Euromonitor International.

Hélène Kenmegne-Siaka, communications director of the Anonymous Society of Breweries From Cameroon, the parent company of the Cameroon Mineral Water Corporation, said there was a spike in demand for bottled water after lockdowns were announced, as households rushed to secure supplies.

Kenmegne-Siaka said new brands were entering the market each year and driving competition. “Concern about healthy consumption and taking care in this time of pandemic is probably an another factor,” she told SciDev.Net.

In 2017, plastic bottles produced by drinks companies emerged as the most commonly found plastic in beach clean-ups, making them major sources of marine pollution, international oceans research and conservation group Oceana said in a report.

However, many communities have no choice but to rely on bottled water.

Bottled water consumption has increased in the past two years as the number of production companies has increased, while outbreaks of the waterborne disease cholera, as well as COVID-19, have driven the need for safe drinking water.

In Syria, water filtration plant owner Ahmed Al-Aslan told SciDev.Net that the pandemic drove up sales of bottled water in Idlib. He said that before the pandemic, he sold about 15,000 litres of water per day, which rose to between 20,000 and 25,000 litres a day after the outbreak of COVID-19.

Idlib resident Anwar al-Hassan said he was forced to buy 10 litres of bottled water a day for his family of five. “I need US$20 per month for bottled water, and my salary is only US$150,” he said. 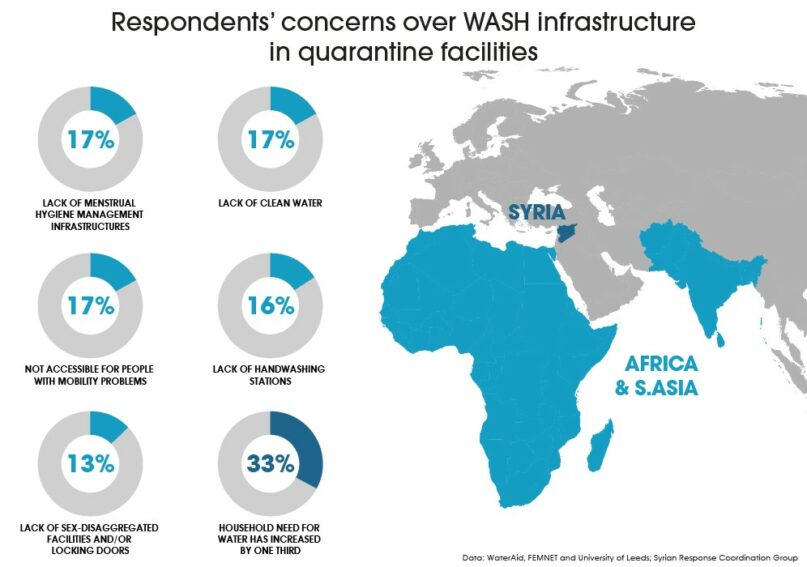 In Mexico City, bottled water sales increased 140 per cent in the first half of 2020, according to a study by the Metropolitan Autonomous University. Research lead Delia Contreras said that low-income households spent 15 per cent of their income on bottled water before the pandemic; this rose to 36 per cent after the outbreak of COVID-19, she said.

But this was accompanied by a shift in the sizes of bottles purchased. With convenience markets, bars and street vendors closed across Latin America and most people at home during lockdowns, fewer small bottles were purchased and more 10 litre and 20 litre containers were bought.

The extent to which communities trust their public or private water suppliers is one factor in the rise or fall of bottled water sales, say analysts.

“The way in which water is managed, whether as private property or as a basic resource for the achievement of a human right, has a great impact on the trust of people in drinking water services and in their predisposition to consume tap or bottled water,” Joaquín Deon, a geographer at Argentina’s University of Córdoba told SciDev.Net.

Asia Pacific is the world’s largest market for bottled water, due to lack of access to safe water as well as rising awareness of health and well-being, according to Euromonitor International.

But some countries in the region saw reductions in bottled water sales in the early months of the pandemic. In India, bottled water saw dramatic declines in sales, as about half of water companies’ sales are made to offices and airlines, and the hotel, restaurant and catering sector, according to the Trade Promotion Council of India.

As companies such as Manila Water permanently closed during lockdowns in the Philippines, bottled water consumption rose by five per cent – to 2.8 million litres – when the government eased quarantine restrictions in 2021.

In its 2021 World Water Development report, the United Nations said the Asia Pacific region had the lowest per capita water availability in the world, with the region home to 60 per cent of the world’s population, but only 36 per cent of water resources.

The international community has prioritised access to clean water and sanitation. Achieving global access to safe drinking water, sanitation and hygiene in 140 low- and middle-income countries will require a total investment of US$1.7 trillion – or US$114 billion per year from 2016 to 2030 – the UN said, citing a World Bank report.

This piece was produced by SciDev.Net’s Global desk.